1. Inside the Special Ornithological Reserve fishing is not allowed!
Ornithological Reserve is a small area – the rest of the former marsh that provides the last refuge for many water birds wintering and nesting in the reed beds or using the water meadows as feeding habitat. To minimize the disturbance of threatened and endangered birds, fishing is prohibited in the Ornithological Reserve, as well as all recreational activities without an expert staff guide. This applies to the whole territory of the Reserve.

2. Eel is strictly protected!
With regard to a continuous decline in the number of eels in the Vransko Lake, the Ministry of Culture in 2009, the “Ordinance on designating wild taxa protected and strictly protected”, declared the eel population in the Vransko Lake as strictly protected. According to the Nature Protection Act, this means that on the Vransko Lake it is prohibited in any way to fish, as well as interfere in the migration of eel. Eel is an indigenous species in the Lake, present since ancient times. Since the entry of foreign and invasive fish species subsequently introduced by a human hand, eel became a refugee in their own lake, struggling with foreign and invasive species for food and living space.
We invite local residents to join us in preserving the story and picture of the traditional ways of catching eels as a curiosity that will give additional charm of the past of this region in the eyes of visitors from today’s world of glass and concrete, and will not deprive your descendants of experiencing the sight of living eel with their own eyes on Vransko Lake. 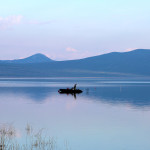 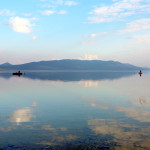 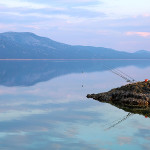 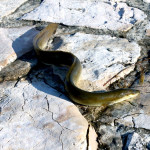 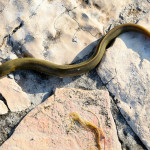 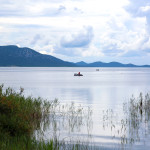 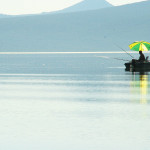 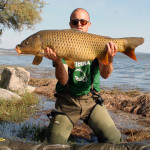 With valid licence, fishing is allowed under following terms:

1. Sport and recreational fishing is allowed on the whole area of the Lake, except in the Ornithological Reserve (north-eastern part of Vransko lake).
2. When carrying out sport fishing, every angler is required to have: a licence for sport fishing (annual or daily), fishing exam certificate (only for annual licence), daily catch register and identity card or any other relevant document.
3. Fisherman is obliged to document the catch in the list of catches when fishing, and at the latest before leaving the fishery.
4. When performing fishing, discharge or dumping nutrient (chemical compounds important for the growth and development of organisms, salts of nitrogen, phosphorus, etc.) or other substances into water is prohibited.
5. Introduction of invasive and non-indigenous fish species and other organisms (clams, leeches etc.) in the Lake is prohibited.
6. It is forbidden to leave fishing equipment in fishing waters without supervision.
7. Disturbing the peace by noise, music, or otherwise is prohibited.
8. Making canopy and similar objects on and next to a fishing line is prohibited.
9. Fishing in flooded areas, preventing the return of fish from the flooded areas and preventing migration of fish is prohibited.
10. Fish that is not intended to be kept is to be immediately and unharmed returned to the Lake.
11. All fish caught is to be reported to the Nature Park Ranger upon request.
12. DAILY CATCH LIMIT: 2 pieces, total weight up to 8 kg for species: Pike, Catfish, Carp, Tench and Mullets. No catch limit on Prussian carp, Common rudd, Stone moroko (also known as Topmouth gudgeon) and Pumpkinseed fish.
13. Daily catch limit does not include trophy catch. It is allowed to catch one trophy fish daily (fish heavier than 8 kg).
14. MINIMUM FISH SIZES ALLOWED: Pike and Carp: 40 cm, Catfish: 60 cm, Tench: 20 cm, Grey mullet 20 cm, Mullets: 16 cm.
15. CLOSED SEASON: Pike: 1st February – 31st March, Carp: 1st April – 31st May, Catfish: 16th April – 15th June.
16. On the whole area of the Vransko Lake (including canal Prosika), it is prohibited to catch Eel (Anguilla anguilla) and Freshwater Blenny (Salaria fluviatilis), except for scientific research purposes.
17. Utmost three pieces of fishing equipment (fishing sticks) with one hook per stick are allowed; exceptionally, if using fishing lures/artificial bait, two hooks are allowed (with or without counter hooks).
18. When using fishing lures/artificial bait just one fishing stick is allowed.
19. Use of non-indigenous fish species (dead or alive) as bail is prohibited.
20. It is permitted to use natural bait exclusively caught in the Vransko Lake with maximum supplemental feeding on the fishing position in the total amount of 2 kg per day (boilie, grains, starchy foods, etc.).
21. If using boilie as bait, it is prohibited to use chemicals as ingredients while preparing boilie.
22. Fishermen can mark the location of supplemental feeding, only with a yellow buoy which must highlight the number of valid fishing license and the expiration time of the same, and are bound to remove it after the expiration of the license, and in the case of annual licenses, remove after leaving the fishing area.
23. Night fishing and fishing in two different places at the same time is not allowed.
24. Fishing on migration corridors (Jugovir, canal Prosika) during migration is not allowed.
25. It is allowed to use boat with a maximum length up to 4 m and with engine power not surpassing 3,75 kw (5 HP).
26. Fishing from a boat moving (trolling) is not allowed.
27. Camping is not allowed.