Travelling along the Adriatic coast towards the northern Dalmatia, between two historical cities of Zadar and Šibenik, you will come across a natural phenomenon – the two equally beautiful and yet so very different shades of blue. On one side you will see the well indented Adriatic coast, famous for its alluring beauty and clear sea, and on the other side you will see the largest natural lake in Croatia.

Because of its rare natural habitats, fresh water springs and biodiversity, Vransko Lake and its surroundings have been declared a Nature Park on July 21st, 1999. The Park limits are between Pirovac and Pakoštane. It stretches across 57 km², 30,02km² of that being the lake area itself, which stretches in direction north-west to the south-east, parallel with the sea coast, from which it is, in some places, less than a kilometre apart. The lake is unique because of its position and characteristics, not only in Croatia, but in other parts of Europe too. It is, in fact, a karst valley filled with brackish water as well as cryptodepression, which means that a portion of the lake lies below sea level.

The dominating characteristic of the park is its special Ornithological reserve, which received its title in 1983 because of its well preserved huge reed-patch in the north-western part of the lake as well for its immense biodiversity, and extraordinary scientific and ecological value. The reserve has been included in the list of Important Bird Areas in Europe and became Ramsar site in 2013. 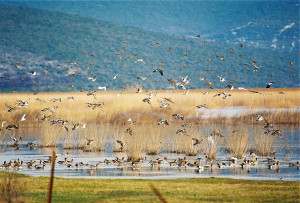 It is an unusual compromise and link between land and water which offers a refuge to numerous species of plants and animals, offering them all that is necessary for life. Overgrown with grass, sedge, rush and reed, it looks like field with shallow ponds scattered all over it. Covered with permanent flowers of vibrant colours it offers home to many butterflies, dragonflies and other different insects which enable the birds to stay in the reserve and the Park throughout the year. Hidden in the reed, bird lovers can experience watching the birds nesting and taking care of their chicks. Vransko Lake is a hot-spot with tremendous diversity of ornithofauna with 256 recorded bird species, of which 102 nest in the park area. Four bird species that nest here are considered endangered on the European level and seven on national level. For some of these birds Vransko Lake is the only nesting area in the entire Mediterranean part of Croatia. The park area is also an important resting and feeding place for a whole range of endangered European species. More than 100 000 waterbirds come here to spend the winter. 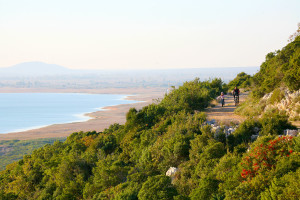 On February 2nd, 2013, by fulfilling 6 out of 9 conditions of this oldest international convention signed exclusively for ecosystem protection, Nature Park Vransko Lake entered the world important wet areas list as the largest natural, permanent, brackish body of water in Croatia that has exceptional importance for many endangered and rare bird species in Europe.
Along with the Neretva river delta, Vransko Lake is the largest wetland area of the eastern coast of the Adriatic Sea, representing the centre of biodiversity of the wider area in the region. It has international importance due to its specific geographical and climatic position which supports important and rare habitats, marshes, flooded meadows and vast reed beds, as well as the largest area of open water, an important habitat where birds overwinter.

Fish are also an important part of the lake. This area still offers opportunity for numerous future researches that will discover many other special features of the lake. 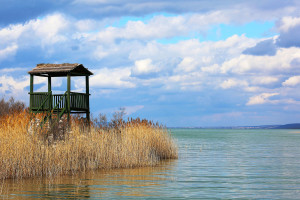 The climate in this area is typically Mediterranean. Water sources, pine forest and camp “Crkvine” offer protection and refreshment in every situation. Birdwatchers can spend their quality time here and relax, while fishermen can catch fish on the lake and its shores during almost entire year. Cyclists and hikers can experience our amazing 40 km long bike trail around the lake. The trail passes observation points and goes through areas with magnificent combination of colours and irresistible aromatic scents of wild plants, especially the intoxicating fragrance of sage. One part of the trail provides a refuge in the shade of pine forest just next to the lake.
In the old days Vransko Lake was known as „Vedro blato“. Its cultural and historical monuments date from as far back as 2000 years B.C. Vransko Lake Nature Park still hides many secrets and is a constant source of scientific discoveries which the park is trying to explore and present to the world, with the help of experts dealing with different fields of research. There are few areas in the world where you can simultaneously explore three very different environments and landscapes: the sea coast and the rich archipelago behind it, the Mediterranean swamp with its unique landscape and ecosystem, and just behind the hill, the rural idyll of the villages in Ravni kotari.
When you visit us, you will be far away from civilization and yet so near. Come and enjoy the world of nature in our park with genuine curiosity and joy, and you will find the peace and satisfaction which comes from becoming one with nature.