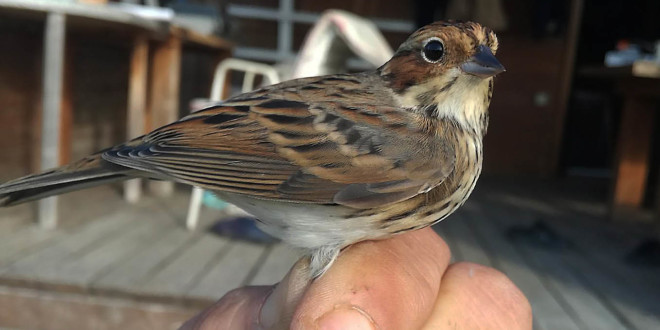 65th day of the ringing camp, at the Ornithological reserve of Vransko Lake Nature Park, will be remembered by an extremely rare bird in this area. Justo Lušić – Tino, the ringer-in-charge and Jerko Sisgoreo, the bird ringing assistant, have caught, identified, ringed and released one specimen of Emberiza pusilla or Little Bunting on Monday, 2nd of October 2017.

Little Bunting is a species that breeds in the taiga of Northeastern Europe. It is distributed between Northeastern Scandinavia and East of Asia. During migration, it can be found in western Europe as a rare but regular vagrant where it usually occurs in the coastal areas.

This is the second time Little Bunting has been recorded in Croatia. The first time was nearly 23 years ago, on the 30th of October 1994 at the mouth of River Mirna in the Istrian peninsula. This kind of rare and extremely valuable finding brings joy to ornithologists and bird lovers and gives a boost for further investigation of bird migratory routes and bird life habits.

Regardless of the previous ringing experience, each finding of a rare species needs to be confirmed by the Rare Species Commission which operates at the Institute of Ornithology at HAZU (Croatian Academy of Science and Arts). However, the organizer of the ornithological camp at Vransko Lake, Ivica Lolić, president of the Ornithological society “Brgljez kamenjar” notes that the ringed specimen is undoubtedly Little Bunting.
Autori fortografija: Justo Lušić – Tino i Jerko Sisgoreo; Izvor fotografija: Ivica Lolić, Ornitološko društvo “Brgljez kamenjar”. 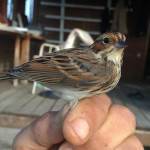 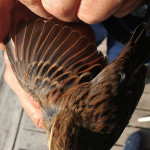 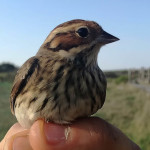 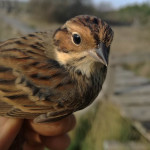 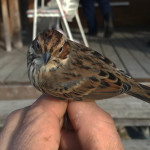